Why Did Cannabis Consumption Rise 3%, While Abuse Fell 30%? 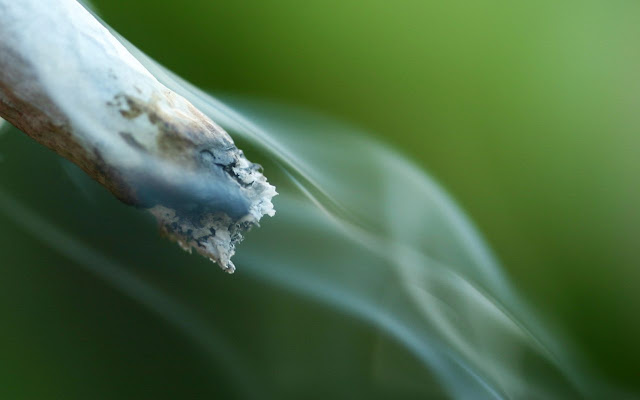 New research published this week in The Lancet Psychiatry found that American cannabis consumption rose from 10.4 percent to 13.3 percent from 2002 to 2014. Which isn’t all that much, considering how much social attitudes and legal restrictions changed during that time.

What’s going on there?

We reached out to noted cannabis researcher Roger Roffman, emeritus professor at the University of Washington, who found the study to be curiously at odds with past studies. Roffman pointed to a study published in 2004 in the Journal of the American Medical Association, which compared abuse rates in 1991-1992 to 2001-2002. That study found that cannabis use remained relatively stable between the two decades, but discovered an increase in cannabis abuse rates. Between the two decades, the prevalence of those who fit the DSM-IV criteria for cannabis abuse or dependence increased from 1.2 percent to 1.5 percent among the general population.

The more recent study from Lancet, conducted by the federal Substance Abuse and Mental Health Services Administration and led by William Compton, the same researcher from the previous study, followed 596,500 American adults between the years 2002 and 2014 to examine their cannabis use and abuse habits. In the past 12 years, there’s been a steady uptick in the number of Americans who consume, or admit to consuming, cannabis in the United States.
By the numbers
Here are the consumption rates tracked by the study:


The number of Americans in the general population who met the diagnostic criteria for cannabis dependence, Compton reported, dropped from 1.8 percent in 2002 to 1.6 percent in 2014.

The criteria for marijuana abuse are outlined by the Substance Abuse and Mental Health Services Administration and include the following: disruptions in functioning at work, school or home; persistent, unsuccessful attempts to cut down on use; and the development of withdrawal symptoms, such as restlessness, insomnia, nervousness, anger, or depression upon cessation of use.

Christopher Ingraham of the Washington Post noted that the rates of cannabis abuse and dependency were greatest among teens and young adults. Teenagers saw a 37 percent decline in abuse rates, while young adults saw an 18 percent decrease in dependency over the same period.

What does it mean?

Professor Roffman offered his two cents as to why the abuse numbers may be trending downward and what it could mean for society.

“First, if it’s true, this reduction in percentages of users with use disorder could be a very positive and important public health consequence of legalization.” Roffman told Leafly.

Using the example of Harvard psychiatrist Norman Zinberg, Roffman continued. “Norman Zinburg offered the argument that behavioral norms for non-harmful consumption will be more likely to develop when a drug is legal than when it is illegal. If this is true, perhaps it is due to consumers: (1) perceiving themselves as deviant to one degree or another when engaging in an act that the law prohibits, (2) perceiving the law as unjust and their being liable for arrest a form of oppression, and (3) rejecting public and peer messaging favoring non-problematic use.”

A certain amount of increase might be expected with recent state legalizations and medical marijuana law adoptions, but Roffman’s comments indicate a wider shift that also might accompany legalization.

In 2002, admitting any cannabis use at all was a crime not to be taken lightly. At that time there were only eight states with medical marijuana laws on the books, and the number of marijuana arrests between 2002-2003 were at record high numbers. Marijuana possession arrests continued to rise until 2007, when police arrested an astonishing 872,721 persons for cannabis violations. After 2007, the numbers began a downward descent and arrests have steadily declined every year since.

It’s also worth considering, Roffman added, how the definition of cannabis abuse changed between 2002 and 2014. “I wondered about the way in which marijuana use disorders are defined and measured. Until DSM-V (adopted in 2013), there was a distinction between marijuana abuse and dependence,” he pointed out. “I found myself wondering if the prevalence change would look different if only the rates of dependence were reported for the earlier and later time periods.”

Attitudes towards cannabis are changing, and admitting regular cannabis consumption is no longer the gasp-worthy taboo it once was. Otherwise law-abiding citizens need no longer hide their consumption, especially in states like Washington and Colorado, and the use of cannabis is increasingly accepted for its therapeutic value in everyday society.

The Lancet Psychiatry study prompted discussion of those changing attitudes, but offered little conclusive results. Roger Roffman has been studying the complex issue of cannabis use and abuse for decades, and ultimately, he said, “I have more questions than answers.”

Story Source: The above story is based on materials provided by LEAFLY
Note: Materials may be edited for content and length
Click here to read original article
Posted by YDCtv at 12:00 AM