Legal Marijuana Prices Are Plunging in Colorado, but Not for the Reason You'd Expect 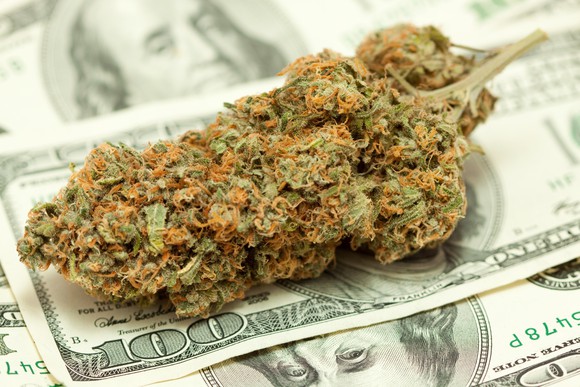 Cannabis' competitive landscape is going up in smoke.

As a whole, the marijuana industry has come a long way in a short amount of time.

When medical cannabis was first legalized in California in 1996 for compassionate use, support for nationwide legalization of the drug was only around 25%, per Gallup. A decade ago, just a third of Americans polled supported full legalization efforts. Yet in Gallup's most recent poll, 58% of respondents favored legalizing marijuana for medical and recreational use. In separate polls on the legalization of medical cannabis alone, favorability often exceeds 80%.

With public opinion on marijuana rapidly shifting, we've witnessed a recent surge in state approvals. Today, half of all U.S. states have legalized medical cannabis, and four states (along with Washington, D.C.) have allowed adults over the age of 21 to purchase recreational marijuana. In the upcoming elections this November, five more states will vote on recreational marijuana, and four will decide whether to legalize medical cannabis.

Colorado, which was one of the first two states to legalize recreational marijuana in 2012 (along with Washington), illustrates the upside of legalization. On a trailing 12-month basis, legal marijuana sales, including medical and recreational marijuana, have topped $1 billion, netting the state $135 million in tax and licensing revenue in the last year. A good chunk of this revenue will go toward Colorado schools, along with law enforcement and drug abuse programs.

Marijuana prices are plunging, but for a surprising reason
More recently, though, a report from marijuana distribution platform Tradiv highlights an even more encouraging trend for consumers in Colorado. Namely, legal marijuana prices are getting much more competitive with black market prices. Remember: Black market marijuana has minimal overhead costs, as there are none of the costs associated with taxes, regulation, and storefront maintenance, which typically gives it a big pricing advantage over the legal marijuana market.

However, according to Tradiv, wholesale marijuana costs in Colorado have fallen from between $2,400 and $2,600 per pound in October 2015 to just $1,400 to $1,600 per wholesale pound in August 2016. Prices are substantially more competitive for the consumer, and it could result in more revenue than expected for Colorado's government as more consumers presumably purchase the product through legal channels.

Yet what's really interesting is the reason behind the falling prices. The typical assumption would be that growing competition is driving down prices as small marijuana dispensaries fight for customers. The U.S. Drug Enforcement Agency recently chose to keep cannabis categorized as a schedule 1 (and therefore illicit) substance, which should, in theory, keep big business out. You see, businesses involved in the sale of marijuana often face very high tax rates, as they're unable to take normal business deductions, and most have little or no access to basic financial services such as checking accounts or lines of credit. The industry doesn't seem very conducive to big business.

Yet that's the exact opposite of what's happening in Colorado. In May, the state extended a moratorium on the issuance of new cannabis licenses, allowing big cannabis players in the state to purchase the majority of licenses available. Furthermore, there are no limits on the number of plants a facility can grow in Colorado, which has allowed these bigger businesses to boost production and essentially flood the market with marijuana, even if demand for the product isn't there.

In other words, we're not seeing demand driving competition in Colorado. Instead, an oligopoly-driven oversupply is pushing prices down. While this could be good news for the consumer for the time being, in the long term it could keep smaller marijuana players out of the market by keeping margins low, ensuring that just a few larger players remain. That's a recipe, in my mind, for higher prices down the line.

Is this how marijuana becomes investable?
On one hand, it appears that Colorado plans to increase the number of grow licenses it issues, which could spur more competition within the state. But if margins keep getting pushed lower by excess supply, it could lower the appeal of entering the industry. While that's a temporary win for the consumer, the real victory here could be for investors waiting patiently on the sidelines for an opportunity to get involved in legal marijuana's rapid growth.


Story Source: The above story is based on materials provided by MOTLEYFOOL
Note: Materials may be edited for content and length
Click here to read more
Posted by YDCtv at 12:00 AM