The Future of Clinical Cannabis: Part 1 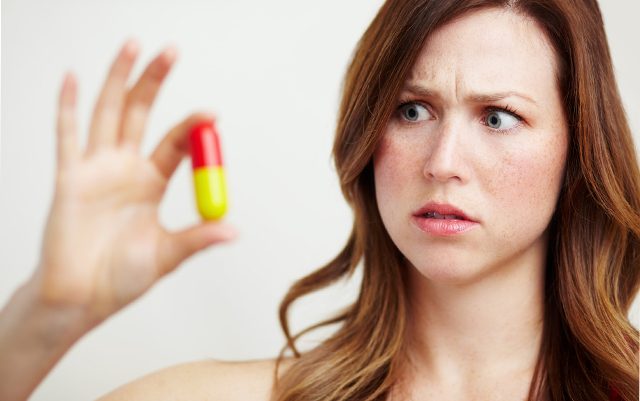 In a new trend for the federally prohibited plant, drug research and development companies like Insys Therapeutics, GW Pharmaceuticals, and Kalytera Therapeutics are researching and developing cannabis into pharmaceutical drugs. But it’s the U.S. headquartered firms who historically lead the way in producing innovative molecules that become drugs, according to the MIT principles and practice of drug development.

There’s no denying that with more than half of the states allowing medical marijuana, the end of the NIDA monopoly, and the acceleration of international cannabis medicine development – for first time in modern history, cannabis is headed in the direction of developing into a manufactured, marketable medicine in America.

Currently, cannabis doesn’t have to be in compliance with Food and Drug Administration (FDA) regulations, nor is it afforded billions in research and development (R&D) like most other drugs due to its Schedule 1 status under the Controlled Substances Act.

In this three part series, you’ll learn about the obstacles in the way of cannabis research, the corrupt practices of Big Pharma and the political implications, and the role of pharmaceutical patents.

Despite scientific advances, achieving pharmacy-grade expectations remains a huge obstacle for cannabis in the plant form. That’s why some companies, like Kalytera Therapeutics, believe cannabis can be grown or synthesized in a profitable way in a controlled, clinical environment.

Kalytera is an early stage drug development company that’s doesn’t ‘touch the plant’, instead they focus on R&D of different forms of cannabidiol (CBD) – some natural synthetics, some derived. They have the most world-renowned cannabis scientist, Raphael Mechoulam, Ph.D. on their team. Mechoulam is co-chairing their scientific advisory board. In a video interview Mechoulam explains their objectives:

“He’s extremely intellectually involved in what we are doing with weekly meetings and in constant interaction with our team in Israel,” said Seth Yakatan of Kalytera Therapeutics.

Mechoulam’s pioneering work with cannabis, including his groundbreaking discovery of the endocannabinoid system, has been the cornerstone of what little we do know about the plant today. He works out of the Hebrew University of Jerusalem.

A self-proclaimed ‘biotech guy’, Yakatan simplified what a pharmaceutical company does: a pharma company takes a small molecule, and tricks your body into ingesting it. Meanwhile, he explained that the science around the molecule must also be developed for FDA approval, including knowing exactly where in your body the molecule is going, it’s precise effectiveness, and its excretion – something that cannot yet be done with cannabis.

Kalytera predicts a 10-15 year era of clinical cannabis research and development ahead and from looking at the landscape and the data, they have chosen to go in the direction of bone health.

Yakatan has spent his career in pharmaceuticals, so he knows how the FDA works. He takes what is known to exist in the body, and creates a synthetic and patented drug that he can take to the FDA. “Taking a cannabis plant to the FDA is a very, very big challenge,” he said.

The reason cannabis drug research is so far behind is the restrictions on money flow in the cannabis sector in America for research. Developing a new drug costs in excess of $1 billion, according to Tufts Center for the Study of Drug Development.

“Peeling back the kids it has saved and the people it has helped, there is little to no work to make it federally legal or for big players to want to fund the researchers,” says Yakatan.

The most glaring issue with cannabis, in its plant form, is that it can’t be dosed effectively. You’ll never see a cannabis plant in a pharmacy, just like you’ll never see a cannabis-derived FDA approved pill in a dispensary, explained Yakatan. Bringing it to market will be a long, long process and there needs to be a clear delineation and education on the differences between the plant and the pharmaceutical product.

Other FDA regulations it cannot yet meet include; composition of matter, known mechanisms of action, repeatable and non-toxic dosing, and achieving economy sale. The euphoria surrounding cannabis legalization is also holding back progress. These are only some of the hurdles between the cannabis plant and FDA compliance. There are well-established methods of quality control, like using an inhaler to dose patients with the prescribed amount of medicine, but cannabis medicine isn’t there yet.

Remember, the FDA approves all drugs that come to market and a controlled, synthetic form of cannabis is easier to get through the process than a plant – think about the healing powers of plants in the Congo or Africa that have been used for centuries by medicine men, or shaman; it’s impossible to control the plant in a dosable, regulated, clinical study. That’s why, despite examples of healing properties, your doctor won’t prescribe you a banana leaf for a burn.


Story Source: The above story is based on materials provided by MARIJUANATIMES
Note: Materials may be edited for content and length
Click here to read more
Posted by YDCtv at 12:00 AM