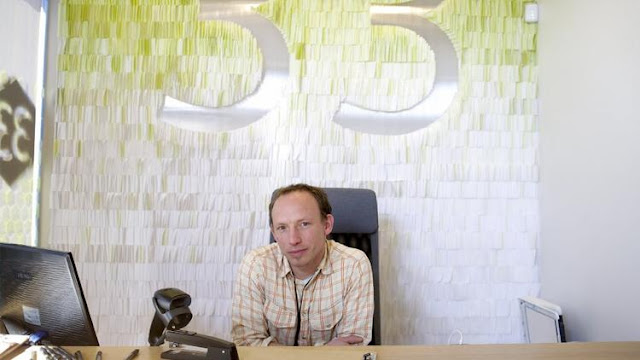 Steve Torres was among the first patients on to walk through the doors of Chicago’s only medical marijuana dispensary, which officially opened in Uptown on Wednesday.

Within an hour, he left Dispensary 33 with a bag containing 7 grams of “Grace’s cookies” and 3.5 grams of “Chicago Blue Dream” – names of two of the nine strains of marijuana for sale at the outlet  - his first legal purchase of cannabis that he hopes will alleviate and manage symptoms of multiple sclerosis. In all, it cost him $200.

Torres hopes the medical marijuana will provide relief for the pain in his legs, tremors and insomnia; the latter he’s taken a sedative for, but it’s made him loopy.

“I just need to feel good taking medication. You don’t want to get stressed out because you’re fatigued - because you took a lot of muscle relaxers and you’re just out of it,” said Torres, 46, a tax preparer who lives in Alsip.

He’s expecting the medical marijuana to counter the fatigue.

“Now, this is going to be uplifting, energetic. It’s going to give me the energy to get out there and do my thing because tax season is coming,” he said after leaving the dispensary at 5001 N. Clark Street.

Wednesday marked the opening of the first dispensary in Chicago, allowing medical marijuana to be sold legally in the city.

Dispensary 33 is among 12 registered dispensaries that have opened across the state in recent weeks, two years after Illinois lawmakers approved a medical marijuana program. Two more are expected to open this week.

About 3,600 patients have been approved for the state program and medically certified as having one of about 40 debilitating medical conditions, including HIV, cancer as well as multiple sclerosis.

Homer Buchanan, 48, said he suffers from rheumatoid arthritis -  that his knees flare up at times to the point where he is limping. The marijuana he bought at an Evanston dispensary a few weeks ago has helped decrease the pain and helped him with insomnia, he said.

“It feels good to know that now I can do it in my house and I’m legally doing it. It’s not like I’m committing a crime,” Buchanan said, who transferred from the Evanston dispensary to the one in Uptown which is closer to his Edgewater home.

Since using medical marijuana, he has not had to pop any Vicodin or Ativan and that helped calm his fear of getting hooked on prescription drugs.

On a bench outside the dispensary, a 34-year-old man said he looked forward to traveling a shorter distance for his medical marijuana. The Uptown location is closer to his Bridgeport home than the suburban Mundelein dispensary, which would take more than an hour to get to.

In a short time, he has noticed the effect marijuana was having on his Crohn's disease.

“It certainly allows me to function every day,” said the man, who didn’t want his name published for fear of professional repercussions. “When I’m having a bad day and my stomach is on fire and I feel sick, queasy and nauseous, it made me comfortable enough to work,” said the program developer.

He said he was looking forward to trying cannabis oil and edibles. Dispensary 33 carries dry herb for now but co-owner Zachary Zises said he expects to carry extracts and edibles in a few weeks.

Zises said he was informed by the state this week that 150 patients are registered to buy cannabis at Dispensary 33. Like at all dispensaries, purchases will be logged in a database so patients don't exceed the legal limit of 2.5 ounces per 14-day period, he said. By some estimates, that's about 10 cigarette-sized joints a day.

”When they come into the facility, they can expect to have access to as much time as they need and as much resources and expertise we have,” Zises, formerly a commodities trader, said before the dispensary opened Wednesday.

Only registered medical marijuana patients approved by the state are able to get past the waiting room and into a retail area some patients described as a space with a glass display case of marijuana buds.

Torres said he walked in, showed his medical marijuana card and was escorted past the waiting room where he saw a glass display of buds in a bowl. A retail agent showed Torres what they talked about during their phone consultation before he arrived regarding the strain of marijuana and the amounts of marijuana needed for his medical condition.


Story Source: The above story is based on materials provided by REDEYECHICAGO
Note: Materials may be edited for content and length
Click here to read original article
Posted by YDCtv at 7:50 PM